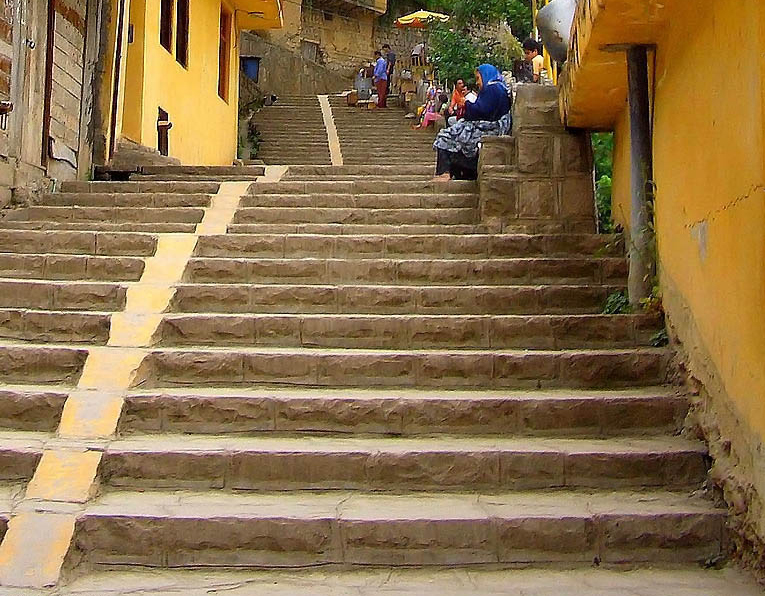 Northern Iran Gilan and Mazandaran This includes the whole area to the south of the Caspian Sea, saltwater lake in southeastern Europe and southwestern Asia, the largest inland body of water in the world. it is bordered on the south by Iran, conforming to three provinces of Gilan, Mazandaran, and Golestan, from west to cast. The southern and southwestern shorelines of the Caspian Sea are bordered by the Alborz Mountains and the Caucasus Mountains. The sea has numerous tributaries, notable the Volga, Ural, and Zhem rivers, all of which flow into it from the north. Other tributaries include the Gorgan and Atrak rivers, flowing from the east, and the Kura River, flowing from the west. The sea has no outlet. The Caspian Sea is linked to the Baltic Sea, the White Sea, and the Black Sea by an extensive network of inland waterways, chief of which is the Volga River. These waterways provide an outlet to northern Europe for the oil fields of Baku, Azerbaijan on the Absheron Peninsula. The Caspian Sea also contains highly productive fisheries, yielding valuable catches of sturgeon (the chief source of caviar), salmon. Perch, herring, and carp, Other animal life in the Caspian Sea includes tortoises, porpoises, and seals. Navigation is frequently dangerous because of violent southeastern storms, and during the winter months the northern parts of the Caspian Sea are closed by ice. The chief ports along the Iranian shores are Astara, Anzali, Nowshahr, and Bandar-e Turkman.
There are many traditional and unspoiled mountain villages throughout Gilan and Mazandaran, but one of the most breathtaking beautiful ones is MASOULEH , 5 6 kin south -west of Rasht and 1050 meters above seal level. Approached from Fuman by a dramatic mountain pass and completely surrounded by forest, this perfectly preserved village appears to have grown put of its surroundings like a limpet clinging to a rock. It's formed of several irregular levels of terraced, pale cream houses with gray slate roofs, interspersed with evergreen trees, so steep is the slope that the familiar Iranian network of narrow alleys is entirely absent, and instead of the flat roof of each level of houses forms a pathway for the level above.