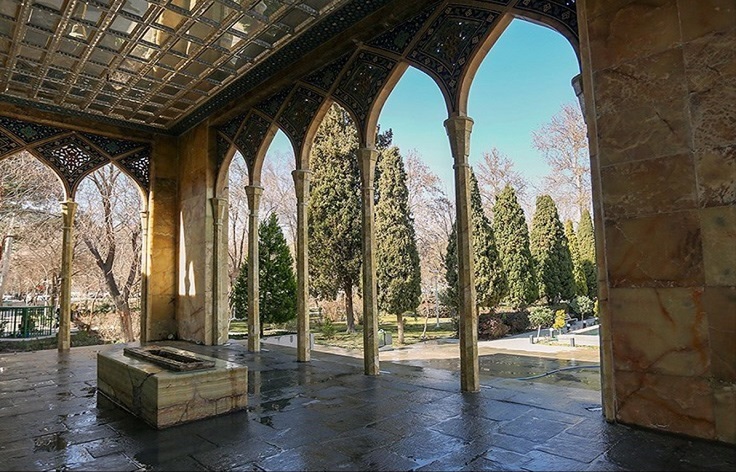 Mirza Muhammad Ali Saeb Tabrizi, (shortly called and famous in Saeb) who was living in Iran about 400 years ago in Safavid era, was a Persian poet, calligrapher, philosopher and literalist.

He was born in Tabriz, and immigrated to city Isfahan by order of the king of his time, Shah Abbas.

He has travelled to Mecca, as an Islamic ritual and also travelled to India and to Kabul and Herat in modern Afghanistan. His travel to India, like many other young poets that used to imigrate to that land because of its supportive king, was the start of an innovation in Persian poetry.

Saeb, under influence of literature and poetry of India, suggested a new poetry style in Persian language. This style was even new to Indians! He was beloved by the king of India in that time, Shah Jahan.

After some years living in India and obtaining skills and knowledge in literature and conversing with poet of different lands and regions, he decided to go back to Iran. He was welcomed by Safavid king Shah Abbas the II.

He passed the rest of his life in Isfahan, the capital of Iran in that time teaching many students. Many students from different parts of country and even from abroad used to go to Isfahan in order to listen to him about his knowledge and experience.

Beside Persian language, Saeb even could speak in Turkish and even has some poem in Turkish.

Saeb was given a royal medallion of poetry and was named, the sir of poetry of his time. His main poetry style was Ghasel (beside Indian style). He was also very famous in other countries like (previously named) Ottoman, India, Afghanistan and Far East.

Saeb reached to end of his life in Isfahan and his tomb is in that city. The building of his tomb features the Safavid architecture style.

This building is in fact his own living house which has a beautiful small garden and a pond, which with the green plants, makes the place a peaceful and calm place to visit and spend relax time.