Iranians, as people, are intelligent, inventive and artistic. They are versatile and adaptable to different situations. They love fun, gaiety and outdoor activity. They enjoy poetry, fiction, tales, anecdotes, jokes and rumours. They are experts at making funniest jokes at the expense of those who wield power and authority.

Mehdi Akhavan Sales, a leading modern Iranian poet once wrote the verse: “Our life is poetry, legend and myth.” And although there is much more to Iranian life, poetry, myth, legend, mysticism and religion form a substantial part of everyday living. Emotion has the upper hand among Iranians and reason takes a lower seat in forming opinions. An average Iranian is more likely to be convinced of the truth of a statement if it is justified by an anecdote, an appropriate verse or an extraordinary and extra-rational explanation than by mere logical argument or empirical evidence.

This, then, is the frame and skeleton of Iranian society and culture. Persian poetry can tell the story of one of the most varied, volatile and fascinating civilizations of humankind, the story of a land and people who have seen all seasons. Let’s listen to this great story!

To explain what one may enjoy about Persian poetry is as difficult as describing the flavours of good cuisine or the sweet smells of a garden in late springtime or the pleasure of music. One finds the sound of the Persian language beautiful, the heightened intensity of rhythm, assonance, rhyme, imagery of Persian poetry as beguiling as any other art-form, making an effect even before it is fully studied and consciously understood, intricate as a Bach fugue yet immediate as a folk song. It can have a quality which is sometimes referred to as “sahl o momtane” both easy to approach but also forbidding because of its supreme artistry.

There are some seventy varieties of metre in traditional Persian poetry, with a degree of flexibility that can avoid forced contortions of the language; similarly the richness of available rhyming words allows long poems with sometimes up to half the second hemistych rhyming with apparent ease – the same in English would be the most forced doggerel. The heritage of imagery and smiles and topoi allows an allusive style that is sometimes deliberately ironic or ambiguous, or can in the hands of greatest masters like Hafez or Bidel lead to extraordinary fusions of sound and meaning.

The art of poetry is deeply embedded within the lived culture of the Persian-speaking world, so that it is a part of daily conversation, argument, teaching, friendship, travel, hospitality….and it is the human warmth, generosity and graciousness that characterize the contexts in which Persian poetry is shared that are also part of its attraction – the “outsider” for a few moments is allowed to feel an “insider.

Of course the same could be said on a more serious level about an internalized knowledge of sacred texts of Islam, the Quran and also the Hadith, which give cultural and spiritual references and which translate into acceptance and authority. This giving a resonance and meaning extends even to the adorning of objects and buildings with written quotations, both from sacred text and poetry, considered to be the highest manifestation of the culture by its own adherents.

A journey through Persian Poems 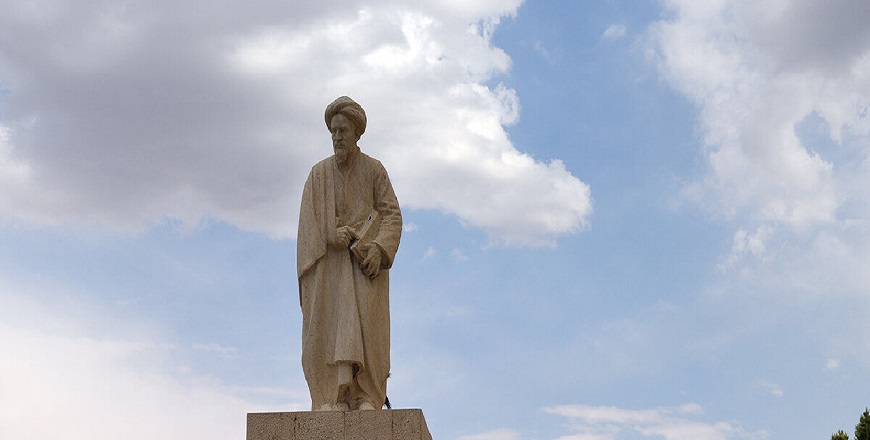 Saadi Shirazi (Saadi of Shiraz) was born in 1210 in Shiraz, died in 1290 and was buried in there. He was one of the most prominent Persian prose writers and poets of all time.

Ferdowsi (940 – 1025), one of the greatest Persian poets of all time, author of the Persian national epic , Shahnameh (Book of Kings) to which he gave an eternal and final form, although he based his poem mainly ... 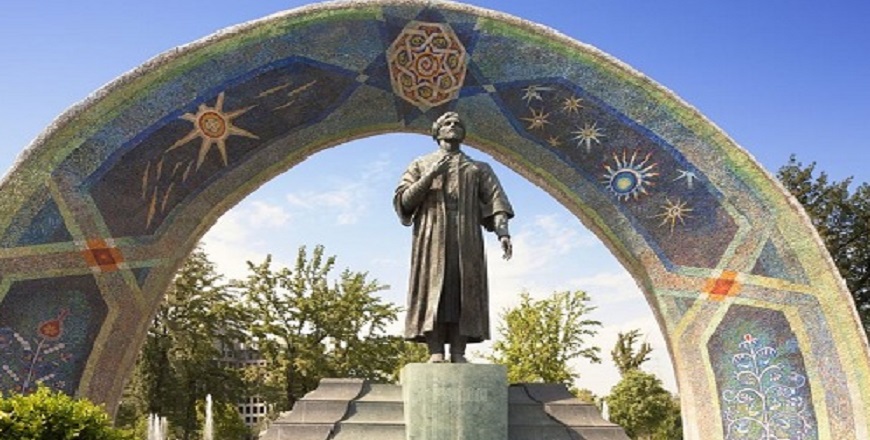 ‘Abdollah Jafar Ebn Mohammad Rudaki’ is presumed to have been born about 880 CE and passed around 941 CE. Unfortunately, very little has been recorded on his life;

Hafez (born 1325 – died 1390, Shiraz) is one of the most favored of Persian poets. He is one of the greatest poets of Iran with perhaps deep effect on Iranian life and culture in general than any other.

Omar Khayyam, Persian polymath, scientist, philosopher, astronomer and poet of the 11th century. He was born in 1048, Neyshabur , Iran, and died in 1131.