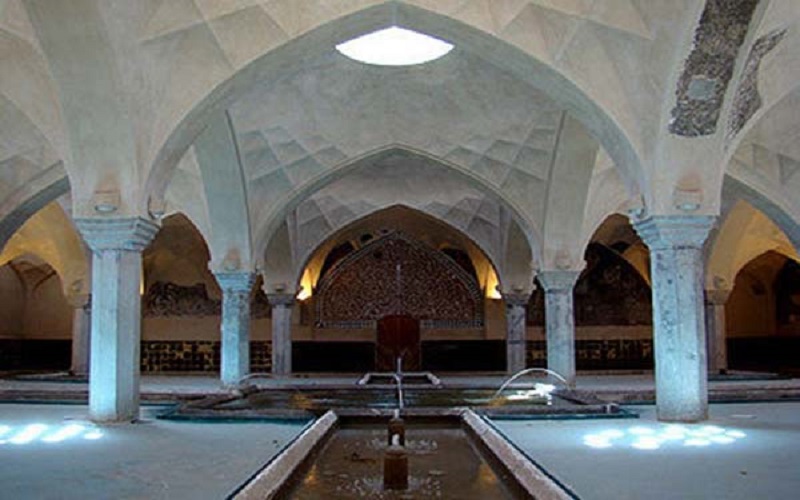 Architecture in Iran has always been a platform for science, mostly mathematics and physics, to express itself in life of people and almost all architectural works in Iran benefit from geometrical, mathematical and physical laws that were discovered by themselves; as we encounter with some instances that attracts the attention of many modern scientists into the functionality of them without being definitely discovered the secrets behind them.

One of amazing architectural and civil engineering works in history of Iran is a bath in Isfahan, built by a scientist named Sheykh Bahai. This bath is a wonderful result of efforts of Iranians in science and engineering. The feature that makes this bath unique is its heating system.

The heating system of Sheikh Baha'i bath is different from all the remaining baths in the history of Iran. The unique feature of the bath has led to formation of various stories and legends about it: It used to work and supply hot water with stable flow, being charged by only one small candle. All the remaining works was on shoulder of physics and mathematics.

So far, lot of research has been done to uncover the mystery of Sheikh Baha'i's bath. Many groups, even from European countries, started investigations to discover this secret but all efforts were end in no obvious result explaining the exact functionality of the bath. But after many years, scientists still have not completely discovered the mystery of the bath’s heating mechanism secret. Some technical comments rely on the use of a metal substance that might have been used in bath with high level of heat transmitting, the Gold!

Sheikh Baha'i, one of the greates Iranian scientists lived during Safavid era and was proficient in philosophy, logic and mathematics and has authored about 88 books and treatises. He died in Isfahan.