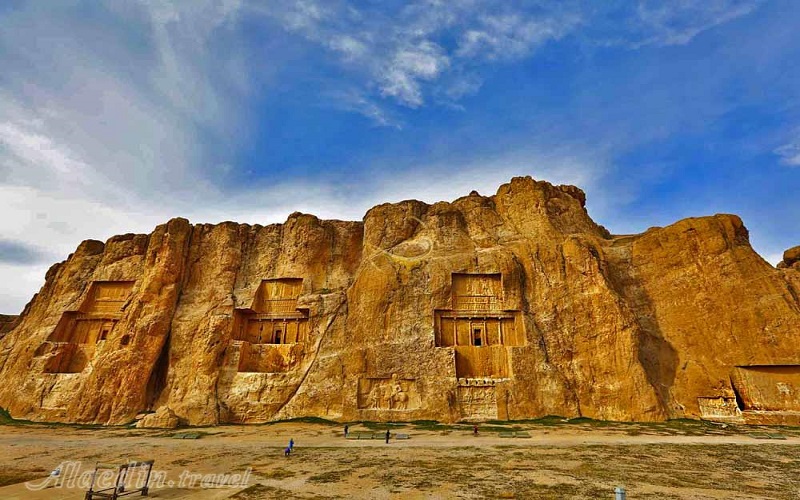 Naqsh-e Rustam, also known by its Greek name Necropolis, is 12 km from Persepolis and about 68 km northeast Shiraz.

Necropolis are located around 40 minutes drive from the city of Shiraz The tomb of the four Achaemenid kings, the Kaaba of Zoroaster, and the reliefs of the Sassanian kings and the Elamite gods, are all here in this complex One of the tombs is explicitly identified as the tomb of Darius the Great, while the other three tombs are believed to have belonged to Darius’ son, Xerxes, his son Artaxerxes I, and his grandson Darius II.

Ka'ba-ye Zartosht (meaning the "Cube of Zoroaster") is a 5th-century B.C Achaemenid square tower. Several theories exist regarding the purpose of the Ka'ba-ye Zartosht structure Well below the Achaemenid tombs, near ground level, there are seven over-sized stone reliefswith large figures of Sassanian kings dating from the 3rd century AD.

The most famous rock relief at Naqsh-e Rustam belongs to the Sasanian king Shapur I. The oldest relief at Naqsh-e Rostam dates back to c. 1000 BC If you are in Iran during the summer months (June – September), I would recommend going there early in the morning or late afternoon to avoid the hot blazing sun.

+Necropolis Opening hours are as bellow: