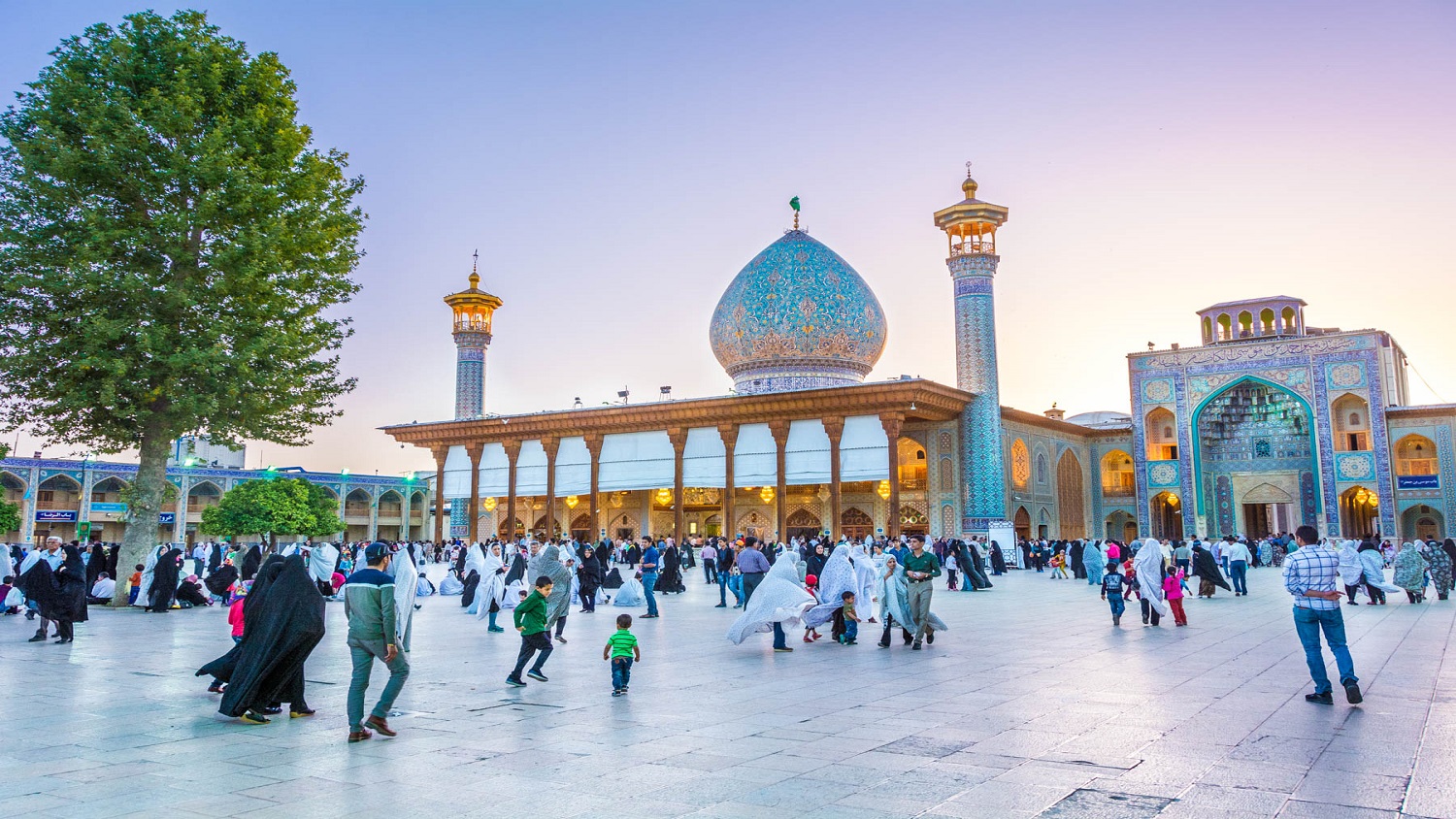 Shah-e-Cheragh, located in Shiraz historic district, is the mausoleum of the eighth Shia Imam's brother who himself is known as a saint according to the Shia school of thoughts. The mausoleum has a religious character for most religious Iranians and has made Shiraz a tourist hotspot for both pilgrims and cultural tourists.

This mausoleum is the grave of brother of eighth Imam in Shia School of thoughts, named Ahmad. About 1300 years ago, he wanted to travel to Khorasan Province, to meet his brother, Reza, the 8th Imam, and in the middle of the way, in Shiraz, he was died. His grave is now respected by followers of Shia school of thoughts.

The construction of the mausoleum refers back to about 750 years ago yet recently some restorations have taken place. The current building is ornamented with fantastic mirror art works and the yard arms a big pond as well as some trees.

The tile workings on the walls originate from the Iranian-Islamic style of painting, including trees than take the soul from earth to sky (heaven) and torques color that is the typical color for spiritual concepts and motives in history of Iran. Also you can see verses of Koran almost everywhere on the walls made by tiles which insist on following Islamic School of thoughts.

For making all these, different artists from different parts of the province have been invited and they created this beauty. The marble Stone block are transferred from Maragheh (in northwest of Iran – is Azerbaijan province) and the mirror is mostly the best quality one from Shiraz. With such art, all people who enter the room, get influenced by the beauty and the visionary glory of the place.

Shah-e-Cheragh is a center for religious (Islamic) rituals. Every day the congregational Praying is operated here which can be an eye-catching scene for those who are interested.

Commemorations and celebrations in Islamic calendar are all held here, like death and birth anniversary of Shia Imams and Prophet Mohammad.