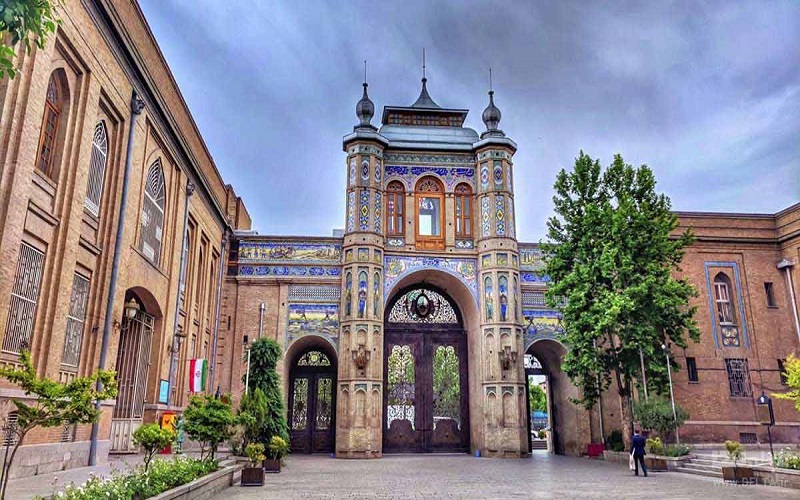 Tehran is the capital of Iran and the largest city in the Middle East, with a population of fifteen million people living under the peaks of the Alborz mountain range.Although archaeological evidence places human activity around Tehran back into the years 6000BC, in the thirteenth century. It's a relatively new city by Iranian standards.But Tehran was a well-known village in the ninth century. It grew rapidly when its neighboring city, Rhages, was destroyed by Mongolian raiders. Many people fled to Tehran.In the seventeenth century Tehran became home to the rulers of the Safavid Dynasty. This is the period when the wall around the city was first constructed. And Tehran became the capital of Iran in 1795.

One of the young symbols of Tehran is the Sardare Bagh-e Melli or the Sardare Mashq Square. This building, which is about a century old, is one of the monuments of the Qajar period.  it is interesting to know that this gate was considered a symbol of Tehran before the construction of the beautiful Azadi Tower. In recent decades, with the constructions that have taken place around this historical monument, the side part of the building and the inscription have been covered and disappeared. After the Islamic Revolution, some signs were removed from the face of this building.

Bagh-e Melli (National Garden) is a magnificent brick gate, decorated with colorful tiles and multiple inscriptions is one of old symbols of Tehran built based on direct order of Reza Shah by Jafar Khan Kashani and Germans cooperation in a mixture of Iranian–European architectural styles especially of tile works and Kolah Farangi in Qajar era between1920 to1923. The building was built as a gateway to the Parade Square (Mashq square or Meydan-e Mashq) that was a military area belonged to the armies therefore it has been named as "Mashq Square Gate". It was designed with a combination of Iranian and European architecture especially the tile working of the pavilion. Pictures of occupying Tehran in 1920 overthrow, along with the angels of victory and Cossack’s soldiers are illustrated with tiles on the gate.

Shortly after building the gate, the first public garden entitled "National Garden" was founded in the lands of Mashq square and so it has been renamed to "The Gate of National Garden". It was then turned into a public park for a short while, and eventually important governmental offices and museums were constructed around it. In the upper part of the building, monitoring station and the armed forces passage have been designed. The Gate of National Garden has a gateway for car pass and two for pedestrians. Building of the Ministry of Foreign Affairs (formerly the "Police House"), the University of Art (formerly the "Cossack House"), Malek National Museum, Post and Communication Museum, and the National Museum are situated in the compound.