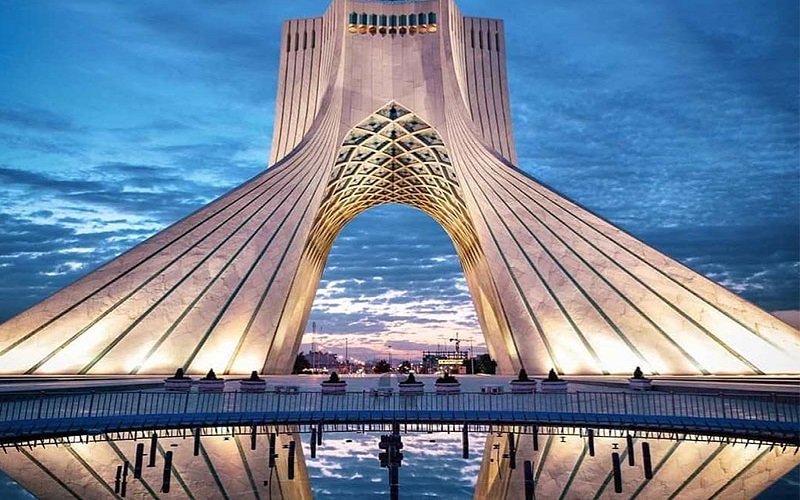 You know each city is known for the special monument and Azadi Tower in Tehran, known as Shahyad Square before revolution, is the one which consider as a national symbol of Iran

The Azadi Tower is a stunning monument, which was built in Tehran in 1971 by Hossein Amanat during the reign of Mohammad Reza Pahlavi to commemorate the 2,500th anniversary of the Persian Empire.

The Azadi tower or Liberty tower is located in Tehran the capital of Iran in an area of some 50,000 m²

Its Architect inspired from Sassanid and Achemenid’s architecture to build the tower and it took around 28th months to complete it.  The main material for construction of Azadi tower was white Marble and it is consist of 8000 blocks of stones.

There are several fountains around the base of the tower and a museum subway.

The entrance of the tower is directly under the main vault and leads into the Azadi Museum. Heavy doors open onto a crypt with subdued lighting issuing from showcases, each containing an object

The best time to visit the tower is in the afternoon right before sunset and it is near to the domestic airport. And bus station.