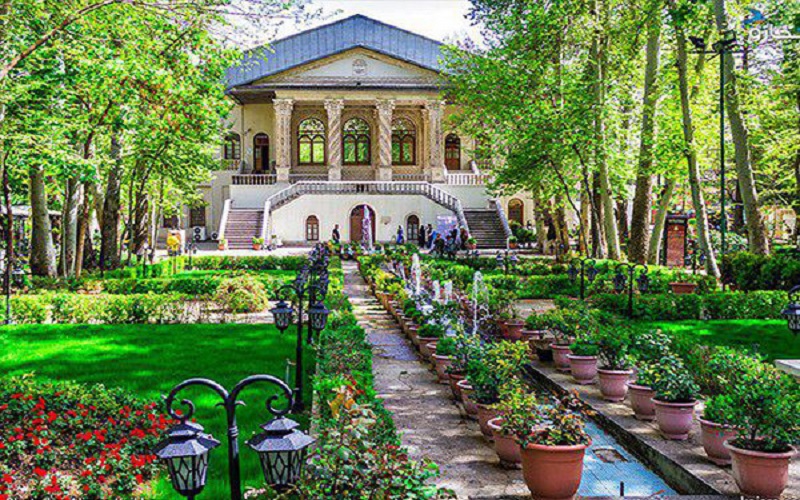 The garden of Ferdows Museum

The garden of Ferdows Museum is one of the sights of Tehran province in the north of Tehran. This Qajar neighborhood leads from the north to Tajrish Square at the beginning of Valiasr Street, from the south to Tutunchi, from the east to Darbandi Street and from the west to Valiasr Street.

Ferdows Garden in Tehran is one of the beautiful gardens of the capital that has been remembered since the Qajar period. This garden, which is located near Tajrish Square, is dedicated to the Cinema Museum is one of the hangouts of artists and art lovers with its facilities such as cinema halls, cafes and a pleasant environment.

The story goes that after the death of Mohammad Shah, Nasser al-Din Shah, who also bought the land around the garden and added it to it, gave it to his daughter as a wedding gift. The groom was a friend of Mohammad Khan Moayer al-Malik, the son of Dost Ali Khan Nizam al-Dawlah.

He, who was a prominent architect at the time, also completed the architecture of the southern building of the garden and held a wedding ceremony in the same garden.After his death, the garden was destroyed due to insufficient care. Until a Shirazi merchant named Haji Mirza Hussein bought the garden of Ferdows from Dost Ali Khan and repaired it.

Ferdows Garden mansion is decorated with eye-catching decorations. The beautiful Plastering in which it is used. Of course, in recent years, these plastering have been well restored by skilled architects due to wear and tear. The most famous of these plastering are the flowers and foliage of the vines, which are made in a combination of Greek, Roman and Persian styles.

The Museum of Iranian Cinema started working in September 1994 with the aim of collecting and showing the heritage of the country's cinema. Many artists such as Ezatullah Entezami, Abbas Kiarostami and… made many efforts in this direction.

Four years later, in 2002, the cinema museum was moved to the Ferdows Garden mansion in Tehran. This museum consists of different sections, which we will briefly introduce.

The different sections of the Ferdows Garden Cinema Museum are as follows: