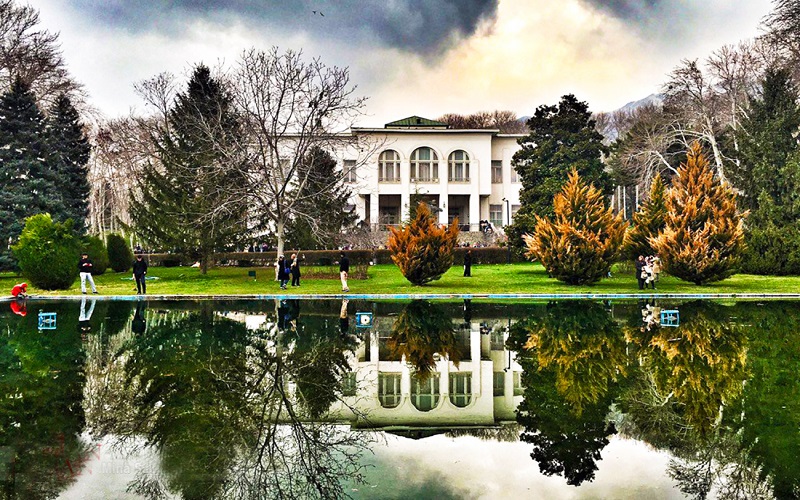 Sadabad Complex, is a complex of royal palaces in a vast garden, built in the late of Qajar dynasty as the summer residence resort of kings of Qajar.

This complex was also used by Reza Shah, founder of the Pahlavi dynasty after coronation and has bed developed. This place now functions as valuable and vast museum.

As Iran is a four season land with cold winters and hot summers, having different residence resorts suitable for each season of the year, especially a luxurious one, has always been a ritual for kings in Iran.

Sadabad Complex, which is built in north of capital, Tehran, in a forest region with basically cold climate nice summer weather, is one which was founded by Qajar kings for passing hot summers of Tehran.

Sadabad Palace Complex, with its garden style, is a combination of now 18 palaces which all are now used as a museum. The first-ever-built palace of the complex is named Madar (mother) which was then the main residence place of Reza, terminator of Qajar dynasty and founder of the Pahlavi dynasty.

After ownership of the place by Reza Pahlavi, some other palaces were built in the garden. The latest one was built for the youngest daughter of Mohammadreza, son of Reza and his successor.

Sadabad is contains different museums including miniature, painting, calligraphy and military devices and equipment like airplanes and war weapons. The masterpieces of the legendary contemporary artists of calligraphy and miniature, named Miremad and Farshchian respectively, are displayed here.

Some painting of reza, Mohammadreza and a broken part of statue of Reza Pahlavi are also kept and displayed.