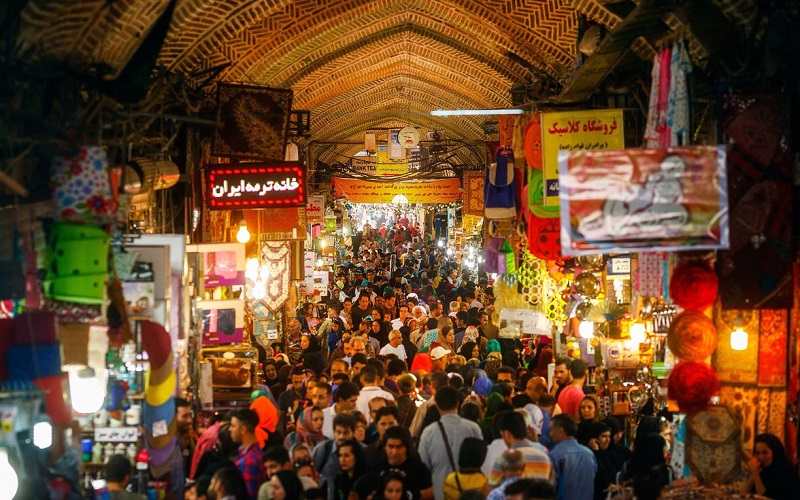 One of the most important economic sectors of Iran, without a doubt, is the Grand Bazaar of Tehran, which is also known as the 15 Khordad Bazaar. This market can be named as the beating heart of the economy in Tehran.

Tehran Grand Bazaar, in addition to being very important from an economic point of view, is also one of the most important historical monuments in Iran in terms of history and architecture. In this article, we intend to visit the big market of Tehran and introduce this important market to you.

Where is Tehran Grand Bazaar?

Tehran Grand Bazaar is a remnant of the Qajar period that some consider it the work of Nasser al-Din Shah Qajar and others attribute its construction to the Safavid era and call Shah Tahmasb Safavid as the main builder of this bazaar.

These explanations indicate that the Grand Bazaar of Tehran existed during the Safavid period and during the reign of Nasser al-Din Shah new sections were added to it and this bazaar was roofed.

One of the most important parts of Tehran market is its architecture and structure. In general, if we take a look at the architecture of this market and examine it:

In terms of architecture, Tehran Bazaar is a collection of different corridors, vault, domes, etc., each part of which has been built with great care and special architecture. Over time, this market has changed a lot, but you can still see the old parts of it.

The old parts of the bazaar are historical and domed, and there are many pores between the domes to provide light to the interior, as well as to act as a ventilator for the bazaar and to cause air circulation inside the bazaar.