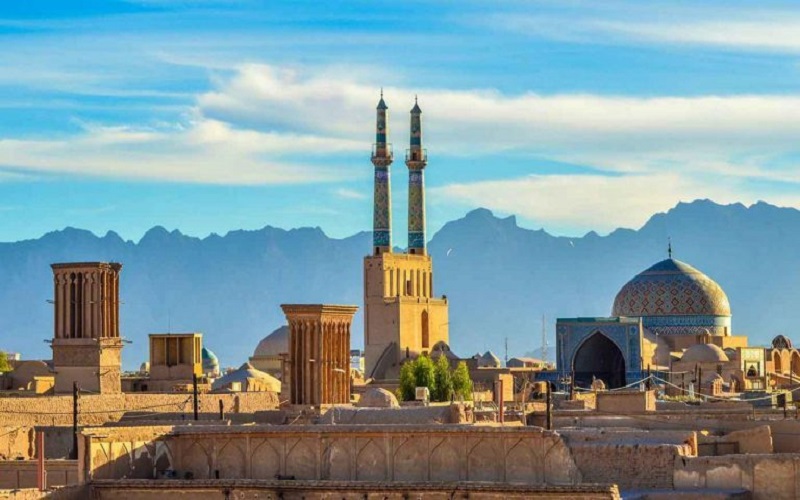 This mosque is one of the most beautiful mosques of Timurid dynasty, which is a shining example of the architecture of 9th century AH in terms of tilework, minarets, and its inscription based on the historians, constructed was constructed on the site of a Sassanid fire temple.

This mosque was firstly constructed in the 12th century under Buyids dynasty. It was built under Ala’oddoleh Garshasb of the Al-e Bouyeh dynasty. After 200 years, the mosque was renovated. The main building of the present construction is built by the order of Seyyed Rokhn Al Din Mohammad Qazi.

The mosque is a great example of the Azari style of Persian architecture. Two minarets surround the mosque. These minarets are one of the highest in Iran.

Two minarets surround the mosque. These minarets are one of the highest in Iran, Its stucco, tilework and brickwork make it one of the best inspiring and stunning mosques in the world.

The spectacular view, picturesque plaster works, charming dome-chamber, beautiful courtyard, magnificent tile works, and towering minarets are the highlights of this piece of art. The spacious Iwan, magnificent dome and its surrounding space are world famous artworks. Many symbols of Shiite religion are seen throughout the mosque,and they form many decorations of the building. Among these motifs is the 5-sided stars, the implications of the names of Prophet Muhammad, Imam Ali, and Imam Hussein. The 72-sided sun and 12-sided sun is full of paintings in many parts of the building.