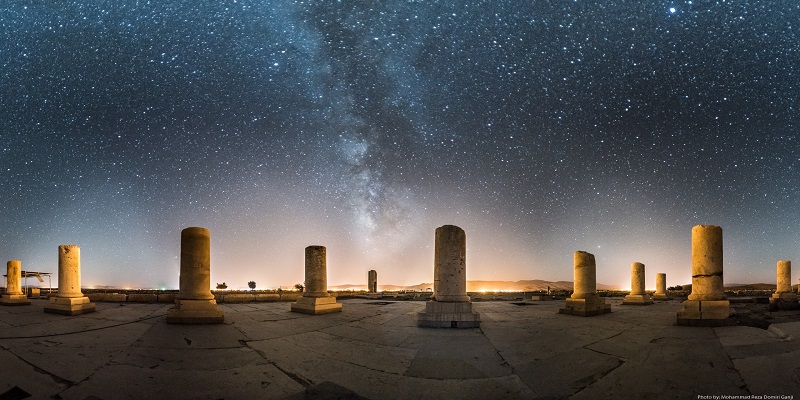 History of Astronomy in Cultural Iran

In ancient time until some recent advancement in chemistry in the latest century, astronomy had always been defined as the study of celestial bodies. The main aim also was to reach to a concept of calendar to calculate time as a periodic phenomenon. A study of the history of astronomy in Iran shows that attention to astronomy has existed among Iranians since ancient times.

Iranians and Babylonians have reached to numerical and mathematical astronomy and have used mathematical models for movement of celestial bodies like sun and mars in order to reach to a concept of calendar. Greek people then reached to geometrical astronomy inspired by achievements of Iranians and Babylonians in Astronomy and studying the movement of celestial bodies.

Numerous historical monuments in Iran show the intention of being applicable for some astronomical observations and computations. Hundreds of books in astronomy by Iranian during history also prove the interest them in this science.

If we follow the Avestan Gathas (the holy book of Zoroaster, the legendary prophet of Arians) as the oldest information source of the ancient Iranians, it is stated in Yasneh 44: “Who gave way to the sun and the stars? By whose power does the moon rise and fall again? Who held the earth and prevented it from falling? Who created the water and the plants, and made the wind and the clouds slow and sharp? Who is the creator of good character? Who created the morning and the noon and the night to keep the covenant of the sages? Careful attention to these questions and attention to the tides and movements of the celestial bodies and the earth shows that Iranians have been considering astronomy and celestial phenomena since ancient times.

In addition to the Ghats, in other parts of the Avesta, such as the Yashtas and especially Tirisht, it is seen that in the description of the sky it is said: "The sky is a city with magnificent ways that cannot be found on earth like it."

In Iran there exist several sites with historical background.

The Ziggurat Choqazanbil, near Susa:

There are four brick sunshades on all four sides. It is probable that this building was used as an observatory in addition to determining the calendar and equinoxes.

The Kaaba of Zoroaster:

The Kaaba of Zoroaster in the Naqshorostam region of Fars province was built during the Achaemenid period. It is studied that this building is one of the most accurate solar calendars in the world, because it can determine the most detailed features of different days of the year based on the rotation of the sun.

The people of that time used this building to find out the exact time of the occasions and celebrations of the year. The builders of this building were aware of many complex astronomical issues.

Ancient Persepolis is one of the most important ancient monuments of the country and even the world, whose glory and majesty is famous. The first calendar feature of Persepolis is that the east-west axis of this building was built along the sunrise of the summer solstice and the sunset of the winter solstice.

We see examples of these designs in many ancient monuments of Iran. In the Choghaznabil ziggurat, the Kaaba of Zoroaster, the palace of Firuzabad, the throne of Solomon and… these designs are chronological tools.