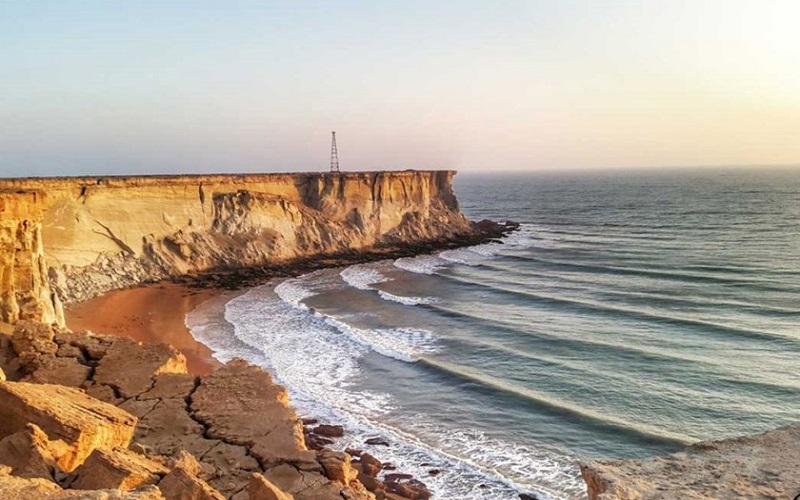 Iran is one of the largest and most populous countries in the region, which is located between the Caspian Sea and the Persian Gulf with a unique position.

Iran, located in southwest Asia, leads south to the Sea of ​​Oman and the Persian Gulf, west to Iraq and Turkey, North to Armenia, Azerbaijan, the Caspian Sea and Turkmenistan, and east to Afghanistan and Pakistan.

Iran's strategic coastal position has a 2440 km coastline that connects these coasts in the south of Iran to the open waters of the world, and in the north it creates a good position to connect with Central Asian countries and Russia. The coasts of Iran in the south are also rich in fossil resources, which account for a large part of Iran's income.

Geologists believe that about 500,000 years ago, the primitive form of the Persian Gulf was formed along the southern plains of Iran, and over time, due to changes in the internal and external structure of the earth, it found its current constant form. The present-day Persian Gulf, together with its northwestern continuation now infilled by the deposits of the Mesopotamian rivers, is the remains of a once much larger basin of deposition aligned northwest to southeast that existed throughout much of geologic history.

In the beginning, the Persian Gulf was so vast that by the end of the third geological period, most of the plains of Borazjan, Behbahan, and Khuzestan of Iran were submerged up to the Zagros Mountains. In this basin vast quantities of sediments accumulated—mostly limestone and marls (a mixture of calcareous and silicate mud), together with evaporites and organic matter—which ultimately produced the area’s extensive oil resources.

There are many islands in the Persian Gulf, some of which are of little importance and some are strategical for the country economy. Most of the important islands in the Persian Gulf belong to Iran such as Qeshm, Kish, Khark, Abu Musa, Tonb-e Bozorg, Tonb-e Kuchak, Hormuz and Lavan Island.Among the islands of the Persian Gulf, more than 30 residential and non-residential islands belong to Iran. Some of these islands get regularly submerged due to the tide. These uninhabited islands are of special global importance as habitats for corals, nests of sea swallows and turtles, as well as habitats for migratory birds. The largest island of the Persian Gulf is called Qeshm.

The biggest importance of the Persian Gulf is the existence of rich oil and gas resources on the the sea bed and its shores, so that this area is called the "World Oil Reservoir". The Persian Gulf is a transit route for oil from Iran, Iraq, Kuwait, Saudi Arabia and the United Arab Emirates, and is therefore an important and strategic region. About 30 percent of the world's oil is supplied from the Persian Gulf region, which sometimes increases and sometimes decreases. Oil produced in the Persian Gulf must be transported through the Strait of Hormuz.

In terms of oil resources, the Persian Gulf has many advantages over other parts of the world. According to the latest statitstics, Persian Gulf reserves about 730 billion barrels of oil reserves and more than 70 trillion cubic meters of natural gas. There are also important ports on the Persian Gulf, including Bandar Abbas, Bushehr, Bandar Lengeh, Kish, Khorramshahr and Mahshahr port in Iran, and Sharjah, Dubai and Abu Dhabi in the United Arab Emirates, and the ports of Basra and Al-Faw port in Iraq.

The Persian Gulf is one of the largest habitats for marine organisms such as corals, small ornamental fish, edible and non-edible fish, oysters, snails, mollusks, sea anemones, sea sponges, Jelly fish, turtles, many dolphins and sharks. Environmentalists are concerned about endangered various species of mammals in the Persian Gulf due to water pollution and lack of sufficient knowledge. Drought and lack of nutrients entering the water have caused some Persian Gulf aquatic species to remain underdeveloped.

Our country Iran also has the sea, one of which is the Caspian Sea. This sea is located in the north of Iran, which is connected to Iran from the south and to Russia from the north.

In ancient times, this sea was part of the Tethys Sea, which connected the Pacific Ocean to the Atlantic. The Caspian Sea is sometimes one of the largest lakes in the world and sometimes the smallest lake on earth. The northern parts of the sea are less shallow, so that half of the sea water is in the northern part. Of the approximately 120 rivers that flow into this sea, the largest is the Volga River. This sea contains a variety of beasts and plants that are unique to it.

The Caspian Sea has a lower water level than the high seas and is a relatively sweet lake. The inlet water of this sea is supplied by the Volga River. The Caspian Sea contains 575 species of plants, 1332 species of animals and 850 species of fish, and also 90% of the world's caviar is caught from this sea.

Oil and gas are important economic features of the Caspian Sea. This sea is home to some of the world's most valuable fish. In the southern part of the Caspian Sea and the rivers that flow into it, 78 species and subspecies of fish are found.

The most important rivers that flow into this sea are Sefidrood and Haraz River. The Caspian Sea is one of the world's aquatic environments, which has a suitable environment for the life and growth of the world's best fish.

According to available statistics, the volume of oil reserves in the Caspian Sea is approximately equal to 50 billion barrels and natural gas reserves account for 4% of the world's gas and oil reserves. In addition, the world's caviar is caught from this Caspian Sea. But the irregular fishing of this fish has caused a 90% decrease in the number of these fish in the last hundred years. And also oil exploration operations have polluted the sea environment and seriously endangered the marine species.

This sea is also considered as a tourist attraction in our country. Every year, many people travel to this area and enjoy its spectacular attractions. There are people who invest in the Caspian Sea coast by buying villas in the north.

Others prefer to live in the north of the country in a healthy place with good weather, than living in the big cities. Being in these areas with its features will bring us indescribable pleasure.

In addition, the Caspian Sea coast, due to its special climate in summer such as good temperature, long days, sea water temperature, humidity, forests and beautiful landscapes, as well as easy access to Tehran and other areas is very valuable. This area are one of the best areas in Iran for development in the tourism industry, especially summer tourism.

In general, the beautiful sea of ​​Mazandaran (Caspian) is so beautiful and attractive that we suggest everyone to see it.