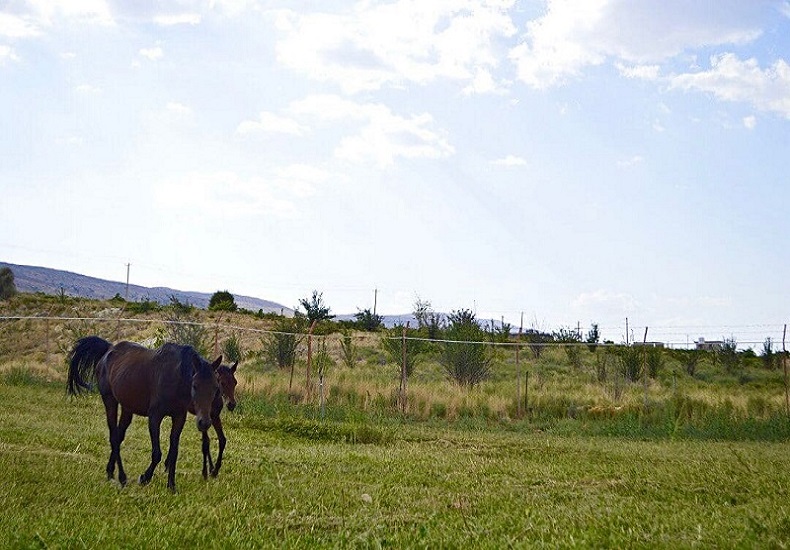 As you know, the vast country of Iran has many tourist areas and has been considered due to its suitable climate, which has attracted tourists to this country. There are many areas for horseback riding, but in this article we will explain a few areas.

Horseback riding is one of the most exciting things that a person can experience and get rid of the hustle and exhaustion of big cities for a while, something that happens mainly outside the big cities and in natural spaces. However, these days there are many equestrian tracks in big cities where you can spend hours with these noble and lovely animals.

When it comes to horses, the focus is on the plains and horses of the Turkmen Sahara region. Horse has long been one of the heritage of Golestan Turkmen ancestors. Golestan province, which has the oldest equestrian complex in the country in Gonbad Kavous, and besides this unique complex, also has the equestrian tracks of Bandar-e Turkmen and Aqqala.

Although some courses are held in Tehran and some other provinces, Golestan courses have indescribable heat and passion.

Turkmens are one of the ethnic groups living in Iran, which are mostly scattered in Golestan and Khorasan provinces. According to historical traditions, the Turkmen were scattered in Iran from the 16th century. They have been engaged in animal husbandry since ancient times and have gone through a historical and ups and downs. According to regional and geographical conditions, Turkmen tribes are divided into three main tribes called Goklan, Yamut and Tekeh, each of which has sub-branches. The breeding of their livestock was also based on these tribes.

In the meantime, the existing facilities of the province's equestrian complexes are not the same. Gonbad Kavous equestrian complex can be considered as one of the best equestrian fields in the country. In terms of spectator platforms and even the quality of the track ground, it has increased the desire of owners and agile riders to compete in this complex. On the other hand, we have the Aqqala equestrian track, which is unacceptable.

Haft Barm is another beautiful area where you can experience horse riding.

Haft Barm and its lakes is one of the promenades around Shiraz, which is located 55 km away from this city. The area around the lakes is covered with vegetation. This area has a cold climate in the cold seasons of the year, but in the spring and summer is one of the most popular tourist areas around Shiraz due to the mild and relatively cool climate. Horseback riding in the beautiful nature of Haft Barm is one of the common pastimes in the region.

Surely tourists will enjoy the beaches and rural atmosphere of the regionand horse riding on the shores of the lake with a horse breed called darreh shori, wiil be memorable for them.

Darreh shori or Qashqai horse is a horse which is very similar to the Arabian horse. This horse is bred in the Darreh Shor of Qashqai tribe and is one of the most original horses in the world. Darreh-e-Shor is one of the strongest tribes of Qashqai and its people are famous for owning and breeding horses. The appearance of this horse is lucid face, excellent head, neck and strong body. This horse has a good endurance in competitions and riding due to breeding in summer areas; and it is considered as one of the most beautiful horses in Iran.

Ramsar, like most northern cities, has hot, humid summers with sultry weather. The best time to visit Ramsar is from mid-May to early autumn.

One of the areas that has a special attraction for horseback riding in Ramsar is Dalkhani forest.

Dalkhani forest is located in Dalkhani or Dalikhani village, 30 km southeast of Ramsar. This forest is 800 meters above sea level and is located along the dense forests of Ramsar

Most days, thick fog covers the forest, which makes the green scenes even more dreamy. Imagine how it feels to ride a horse on a road lined with tall, green trees. Horseback riding is a common sport and entertainment in this area. By renting a horse in the forest for a few hours, you can enjoy this unique experience.

At least you can set up a picnic in wooden Cottage and pavilions along the road and eat together with an appetite that must have multiplied.