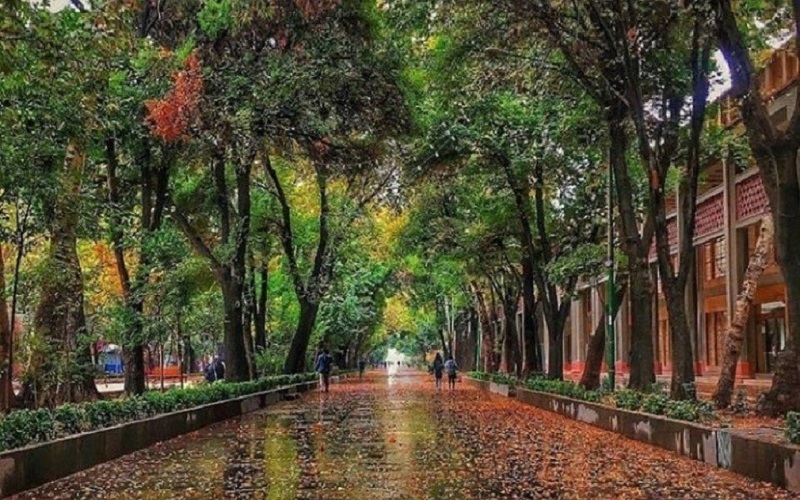 Chaharbagh School, which is also called Soltani or Madarshah School, is the last magnificent historical monument, which was built to teach students of religious sciences in the Safavid era (1704 to 1714) during the reign of King Sultan Hussein.

Chahar Bagh School, which according to many researchers was both a school and a mosque with an area of 8500 square meters, is located on the east side of Chahar Bagh Street, that’s why it’s called Chaharbagh School.

Construction of the school began in 1704 and was almost completed two years later, and in the following years, its decorations were added. But there was a delay for several years to the official opening of the school and the start of teaching.
It was officially inaugurated in 1710 in the presence of the Shah (King Sultan Hussein) and a group of scholars, rulers, and celebrities. And it is quoted that this ceremony was very glorious and unprecedented in the Safavid government.

The architectural style of this building is the Isfahani style.
In the perspective of architectural Proportion and beauty of the tiling design, the dome of Chaharbagh School is after Sheikh Lotfollah Mosque, but according to the great masters of this art,
as this building decorated with gold and silver, in terms of goldsmithing, gilding, engraving, designing and etching it’s a delicate and unparalleled masterpiece of this industry.

Also in terms of tiling, Chahar Bagh School is so important and includes different types of this art such as seven-color tiles, porcelain knot, pili and moqali, and in fact it is the museum of tiling in Isfahan.

Some of the most interesting and spectacular parts of this exquisite historical building are:
the integrated marble altar and pulpit, the special room of Shah Sultan Hussein, the unique tiling of the school entrance, the Nastaliq writing lines of the inscriptions and the wooden windows.
The old sycamore trees and the stream of water that flows in it, made this historical building more beautiful, very refreshing and invigorating.

Opening hours: every day from 9AM–8PM