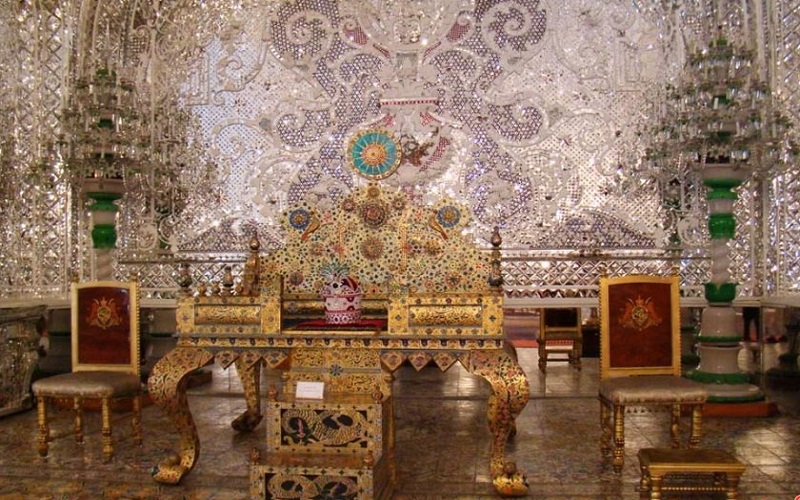 The National Jewelry Museum of Iran, as historicaland artistic heritage of Iran, reflects the taste of Iranian craftsmen and craftsmen in different historical periods. This museum also shows the innumerable wealth and aristocratic life of Persian kings and princes in different periods.

The fact is that if we want to know the culture and history of Iran, we must visit the museums of ancient Iran (National Museum) and the Golestan Palace complex in addition to visiting the National Jewelry Museum. Together, these three museums are a true documentary of Iranian history.

Different sections of the National Jewelry Museum of Iran:

Treasures 1, 2, 29, 31, 32, and 33, which include royal food caps, cups, hookahs, and Water pitchers, are on display at the beginning of the jewelry museum hall. to decorate these dishes, the art of pottery and gilding has been used in addition to diamonds, emeralds, turquoise, and rubies.

The various showcases of the museum include dining utensils, hand mirrors, jugs, two gold rings, bracelets, decorated royal horses, and the famous Nasser al-Din Shah's Pumice that made of gold.

The most famous treasures of the National Jewelry Museum of Iran:

• Diamond known as the Sea of Light: Nasser al-Din Shah believed that this gem is one of the gems of the crown of Cyrus.
• Pahlavi crown: This crown was used by Reza Khan and Mohammad Reza Pahlavi.
• Empress Crown: Another precious jewel in the National Jewelry Museum is the Queen's Crown. Due to that none of the Queen Women before Farah Pahlavi had been crowned in history, it was necessary to make a crown for her. For this purpose, a group of French jewelers came to Iran and worked on the design and construction of this crown for six months.

The queen's crown is made of white gold, green emerald, pearls, ruby, diamonds, and so on. Also, a fabric of green velvet is used in it. This crown weighs about 2 kg.
• Jeghe Naderi: One of the most beautiful Jeghe in Iran, which is decorated with green emerald.
Jeghe Naderi is one of the beautiful pieces of jewelry.
• The crown of Kiani or the crown of Fath Ali Shah, which is the first crown that was made after the Sassanid Empire.
• The jewel sphere belongs to the reign of Nasser al-Din Shah Qajar.
• The Peacock Throne (Sun Throne) belongs to the reign of Fath Ali Shah Qajar.

Opening hours: Visiting the National Jewelry Museum is possible from 14:00 to 16:30 on Saturdays to Tuesdays.