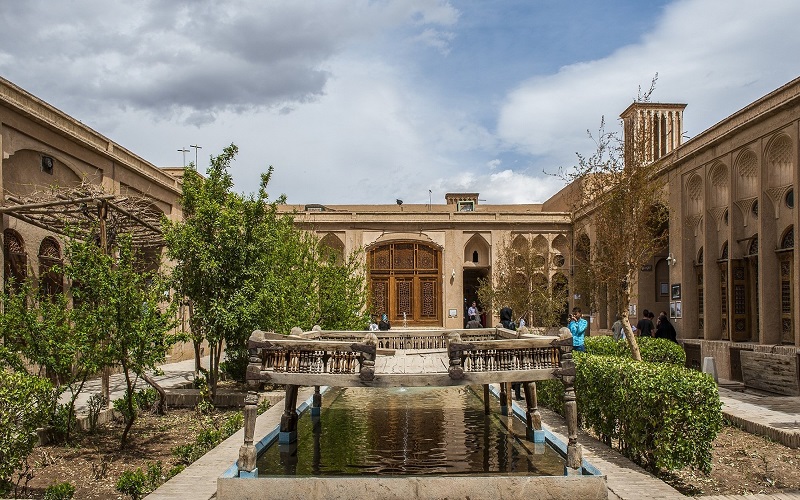 The Lari House in Yazd

Yazd is a city where the historic monuments and Windcatchers attract many tourists every year.

Fahadan has more than 25 cultural and historical attractions. Besides from walking and see sighting the neighborhood, one of the famous tourist attractions of Fahadan is Khan-e Lari or Lari House.

Lari house was built more than 150 years ago, during Qajar era. The house was owned by Hadji Mohammad Ebrahim Lari. He was a famous merchant from Yazd. Lari house considered a Peerage house till the end of Reza Shah’s reign. This building was a place of gathering of Nemat-al-Allahi mystics.

The Architecture of Lari House

The architecture of the Lari house follows the same rules as the other houses in this area. It covers an area of about 1,700 square meters and consists of six separate houses, each with its own door,and three courtyards.

This building originally consisted of six houses, but only the main outer building has survived.
The Lari House consists of two separate parts, an interior and an exterior part and a central yard.

The bigger yard was the main one and is more important yard. The rooms of the Lari House are situated around the main courtyard, which has a large pool in the center and is modestly filled with plants and trees.

The ceilings of this house have been decorated with mirrorwork and paintings with European and Qajar themes.

The paintings branch out and expand outward from around the central chandelier and even band around the top of walls in rooms. Mirrorwork in the form of flower and arabesque motifs have been used to frame these paintings.

It is fun to visit the Lari house, for families, tourists and people who are interested in the culture and art of Iran.