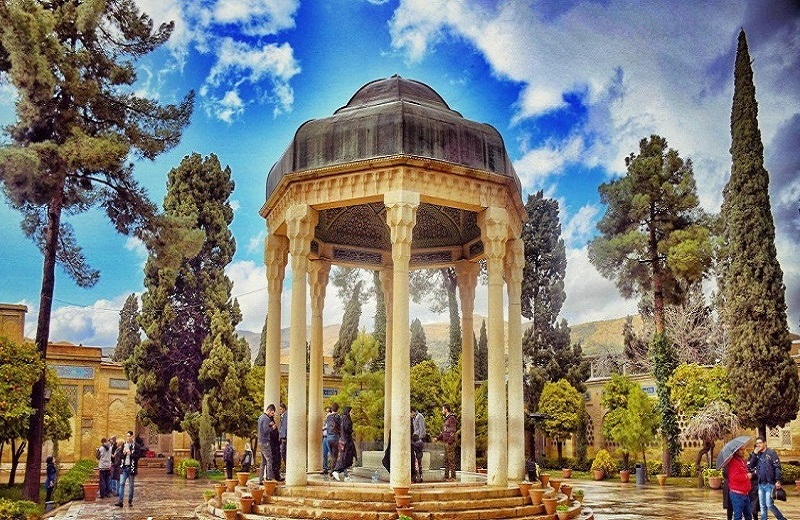 Shiraz, the capital city of Fars province, with its rich depth of culture and art and fantastic climate has always been the canon of attention for travellers. Visiting its monuments and historical sites, art museums, breathing in its gardens and walking through its bazars, is the taste of eastern life. Come with us to have a review on some highlights.

Start your dreamy morning in the waterfall of colors and sunlight in the Prayer Hall of Pink mosque. Connect your soul to a stream of spiritual energy and let it spin with the helical ornamentation of its stone columns. Pink Mosque with its colorful windows and well-engineered architecture, is the canon of attention of those who have passion for calm and colorful moments. Passing moments in the early morning here makes a big difference in your dreamy day.
Address: Lotf-Ali-Khan Street, Shiraz, Iran
Open hours: 08:00 – 18:00

If you want to meet the Iranian House atmosphere, meet the Naranjestan. This place, with its well-designed plan and amazing stucco working, and beautiful wood paintings, is a very good instance of Iranian House, which had been the local governing center of Fars Province. Zinat-ol-Molk, the neighboring house has ben connected to this house and used to function as the residence of the family of the governor. The mirror-working of this house is eye-catching.
Address: Lotf-Ali-Khan Street, Shiraz, Iran
Open hours: 08:00 – 18:00

Iran, inherits civilization and urban life style from more than 2000 years ago, and continues with – sometimes big and sometimes small – evolutions. One of the best-kept Jewels-like instances of urban facilities in Iran is the masterpiece of the very kind and powerful king “Karim Khan Zand”, the founder of Zandiyeh Dynasty and the supporter of Iranian people. Zandiyeh Complex arming a bazar, a public bath, a very big mosque, Garden (called Nazar) with pavilion (nowadays functions as museum) Water Reservoir and the Governing citadel, catches the eye of every tourist and visitor. The philosophic and conceptual relation between these elements in the capital of the country takes every thinker to deep induction.

Talking about the Persian literature is a never ending story. In each epoch of history, Iran contributes to masterpiece in concept of life, love and liberty. The countless number of these literal contributors can never be summarized in any big book but travelling in Shiraz, is incomplete without getting to know about the life and work of two outstanding poets, Hafiz and Saadi.
Hafiz, the composer of love and spiritual joy with its ambiguous language, connects every person, independent of his language or culture, to him and to the deepest level of loving love and has been influencing world literature.
Saadi, the composer of spiritual concepts as well as social life skill tutor in his poems, teaches his mental and spiritual achievements during 30 years of travelling in the world, in two outstanding and wonderful books, Boostan (garden of trees) and Golestan (garden of Flowers), and enriches the culture of Iran even till now.

Being described as city of flower, love and secret, Shiraz, partially because of its climatic condition, has always been the instance of paradise on the earth, in opinion of every one who has experienced it. Hence, existence of different Gardens in this city is not unusual. Eram garden, Jahan-Nama Garden, Afif-Abad Garden and Delgosha Garden, each with its history story, are the most famous Gardens of Shiraz; of which Eram has been inscribed in the World Heritage List of UNESCO. 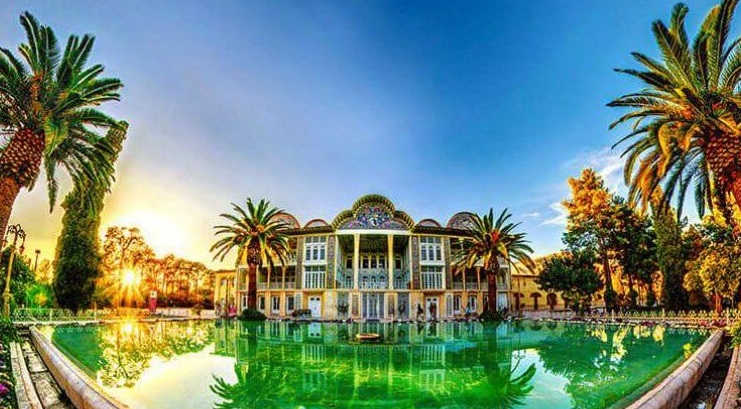 In Shiraz, there exist religious places of different religions. Paying attention districts Sang-e-Siah, you see Mosque of Moslems (called Moshir Mosque), a Church (called Saint Mary church) of Christians and the bazar dedicated to Jews, all in a neighborhood. This explicitly reveals the secret of friendship and liberty in the deepest thought of Iranians during history.
Shah-e-Cheragh Holy Shrine is a respected place for followers of Shia school of thought. This is the grave of the brother of the 8th Imam of Shias.
Ali-ibn-Hamzah is also another religious place, where information about Islam is discussed in different foreign languages.